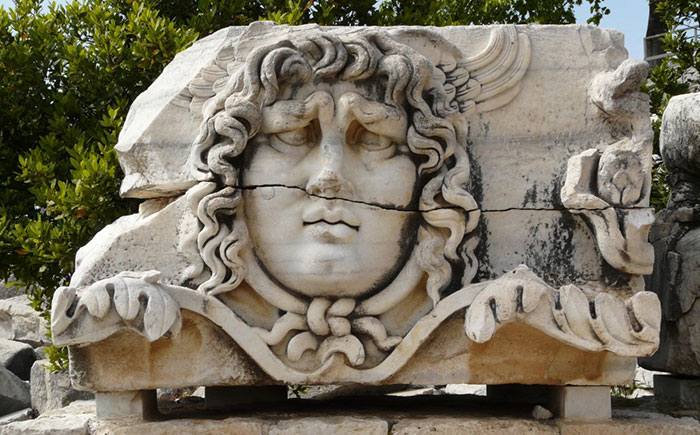 Content not found. There is no content you are looking for, or the content may not yet be configured.
Priene was an ancient port city. However, it is at the foot of Mount Mykale and16 km from the sea. There are many works of art and architecture from the ancient Greek period. Alexander the Great lived in this city for a while. The ancient theater in Priene is one of the most beautiful examples of the ancient Greek period. The Temple of Athena Polias was built by Alexander the Great as a gift to the city.

After the trip to Priene, we move to the ancient city of Miletus, which was once one of the largest cities in Anatolia. Miletus was a very rich city because it was located on trade routes and had many colonies. The ancient city of Miletus was famous for its philosophers and architects. Thales, Anaximander, Anaximenes, Hippodamus and Isidore are a few examples. Miletus is also famous for Faustina Baths.

The ancient city of Apollo is not a city, but a temple dedicated to Apollo. It is one of the largest temples of the ancient Greek period. It is connected to Miletus by a 19 km sacred road.

Prepare to go on a historical journey in Didim. Temple of Apollon, famous for its prophecies, ancient theater of Miletus and Priene overlooking the Menderes Plain will add a mystery to your holiday.