Ephesus Tour from Didim (Half Day) 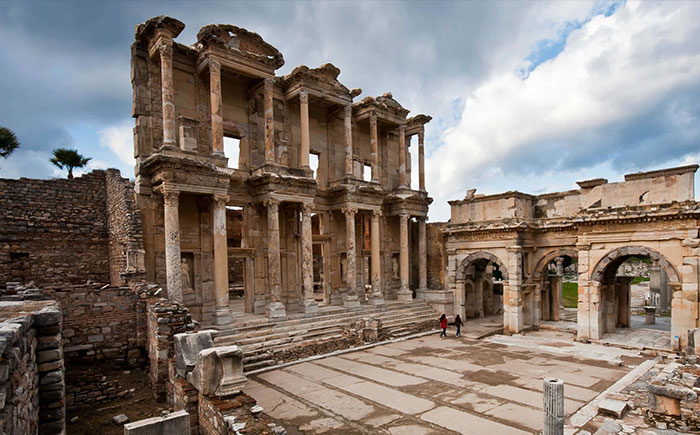 Ephesus was created by the Ionians in the 11th-Century BC and later expanded by the Romans. Now considered one of the grandest reconstructed sites in the ancient world, the region also hosted the likes of Cleopatra, Mark Antony, the Virgin Mary and John the Apostle.

Your route will take you past the Temple of Hadrian, the Fountain of Trajan, the Great Theater and the spectacular Celsus Library, one of the best-preserved buildings among the ruins.

Ephesus is also a sacred site for Christians, due to its association with several biblical figures, including St. Paul and St. John the Evangelist. But the highlight is the last resting place of the Virgin Mary.

After Jesus had been crucified on the cross, the Virgin Mary came to Ephesus to spend the last days of her life in the Bulbul Mountains. The house where she lived has recently been transformed into a site of pilgrimage, and has become a sought after destination for Christians from all over the world.

Visit Ephesus, known as the commercial, religious and social center of antiquity, for a short time. A half-day tour is waiting for you.