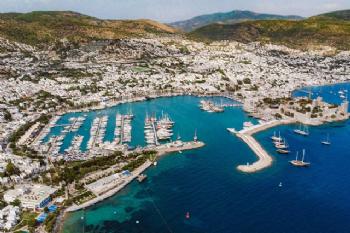 Didim offers so much to see and do, you might forget to explore its incredible surroundings. So why not use Didim as your starting point, then explore and discover more of the great outdoors, by visiting one of our neighbouring cities, Miletus ,Priene, Ephesus or Bafa Lake to explore and enjoy beautiful A historic and cultural site.

Dil Lake, located in the Büyük Menderes Delta, which is one of the important bird areas of Turkey, is known as a bird lake. 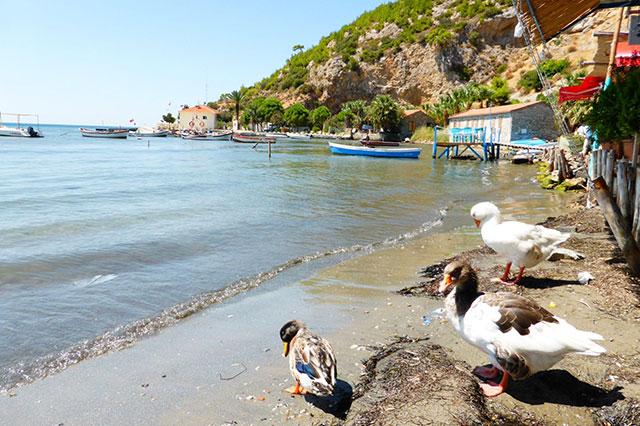 Dil Lake is a lake within the borders of Dilek Peninsula National Park, in the south of Dilek Mountain, with a total area of ​​24 square kilometers. The old name of Dil Lake, Karina, is a lagoon-class lake that was formed as a result of the division of the sea by the cordon formed by the Büyük Menderes river during its struggle to reach the sea. Dil Lake, located in the Büyük Menderes Delta, which is one of the important bird areas of Turkey, is known as a bird lake. It is possible to come across many bird species such as crested pelican, flamingo, pygmy cormorant and many more in this lake.

To reach Dil Lake, follow the İzmir - Selçuk - Milas highway, 5 km from the Söke exit. then Güllübahçe road leaves from the right. 7 km after returning from this separation. then to Güllübahçe, 7 km from here. Then we come to Atburgazı. 5 km from Atburgazı. Then you reach the shore of Dil Lake. In order to get to the Karina pier, it is necessary to turn on the Tuzburgazı road, which leaves from this point on the right, and continue in the direction of Doğanbey Village at the next junction. The distance between Tuzburgazı and Doğanbey is 4 km. Doğanbey is an old Greek village with stone houses. After the change in 1924, Turks were settled here.

The best place to end your day in the old Doğanbey village is the Karina beach, which is close to the village. Taking its share from the natural beauty of the Büyük Menderes geography, Karina was a commercial port of the 1900s. According to the story that has survived from word to mouth, Karina, the daughter of the most popular Greek merchant of the time, gave her name to the beach. The Greeks used to send products such as olive oil, honey, grains, tobacco, wine grapes they collected from the region to other islands from the port here. You can fish on the beach where the fishing boats replace the ships nowadays, or you can enjoy many seafood, especially fish, in the only restaurant on the beach. After a pleasant day, when the sun is hidden behind the mountains, there is only one word to say: The end of the road has opened to beauties…

Didim is a wonderful holiday paradise for beach lovers and culture enthusiasts....