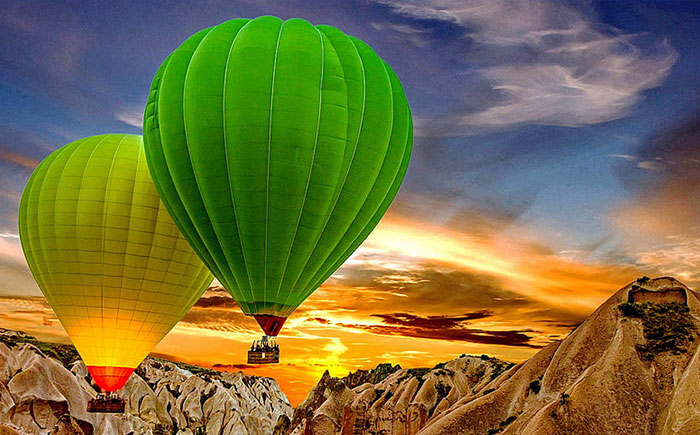 Content not found. There is no content you are looking for, or the content may not yet be configured.
Cappadocia, which is one of the most beautiful geographies formed by nature, preserves its place in the UNESCO World Cultural Heritage list with the structure of the valleys and fairy chimneys formed by lava sprayed by volcanic mountains.

These natural wonders, which you can see on your Cappadocia tour, are the work of the legacies left from the Assyrians to the Hittites, from Roman and Byzantine to modern human beings. The cave houses in the fairy chimneys, which were created with the touch of human and started with the formation of nature, turn into stylish, authentic and luxurious hotel rooms for Cappadocia tour visitors.

It is very difficult to choose between spectacular valleys and flying balloons. Domestic and foreign tourists who want to relax, have fun and participate in different activities during the year are enjoying art and local delicacies with sports and entertainment with Cappadocia tour. The underground cities are located in the Central Anatolia Region, which is surrounded by Cappadocia, Kayseri, Aksaray, Niğde, Kırşehir and Nevşehir with the view of the sky where the beautiful horses are the favorite and the sun where the sun is most beautiful.

Capppadocia is famous for its magnificent natural beauty and outdoor attractions. Visiting Cappadocia , the land of thousand caves , churches and underground cities, is an opportunity to step back in time and experience the Asia Minor of old.